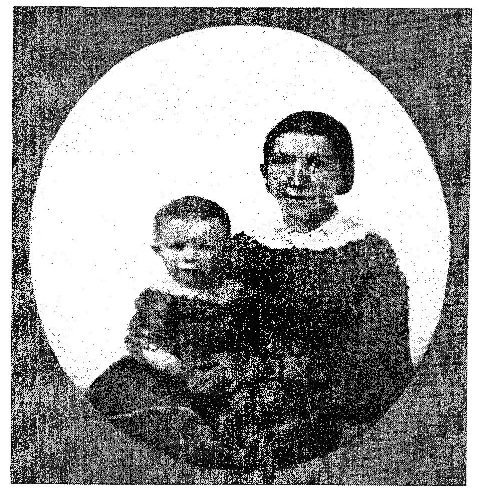 The earliest portrait of Ida Tarbell; here she is sitting on her mother's lap. [1]

Ida Minerva Tarbell was born to Esther Ann and Franklin Summer Tarbell in Erie County of Pennsylvania on November 5, 1857. Her family moved to Titusville, Pa. – the heart of the burgeoning oil district– when she was thirteen years old. Her father had seized the opportunity and started his own oil business, so as a child, Ida Tarbell was always drenched in oil.

In school, young Ida Tarbell was not always the most assiduous of students, claiming “I went because I was sent, and had no interest in what went on [1].” However, after being reprimanded by her teacher, Tarbell became more diligent in her studies; another motivating factor for her change was the fact that she didn’t want to limit herself by giving up her dreams and marrying young – the path her mother had taken. Ida graduated from Titusville High School at the top of her class and, in a time where few coeducational colleges were open, Ida Tarbell’s father allowed her to attend Allegheny College in Meadville, PA.

At Allegheny College, Ida studied biology, hoping to one day become a teacher. This dream did come true: she graduated from Allegheny in 1880 and moved to Poland, Ohio to take up a teaching job. While teaching in Poland, Ms. Tarbell wanted to excel in the natural sciences and one day work as “a biologist, a microscopist, and finally…a college professor…in her favorite field [2].” This was a short-lived dream, however, as her mother’s declining health forced Ms. Tarbell to give up teaching and return home.